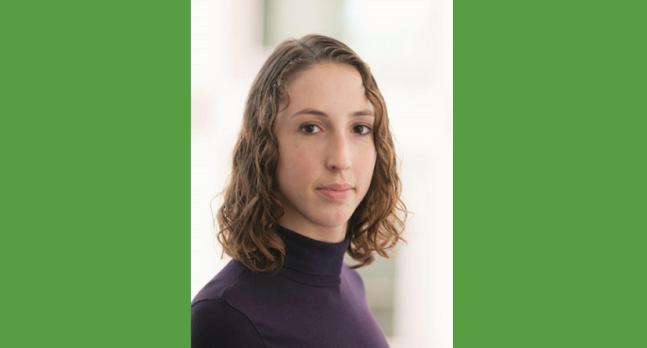 When we chatted with Corinna Kester, we knew that we’d unearth facts about the origin of the oldest student-led environmental organization on campus, the Campus Environmental Center(CEC). After all, Kester is credited with starting CEC in 2002.

But Kester’s role in greening The University of Texas at Austin is more pivotal than simply starting a student organization. She brought an unusual level of strategic thinking to the extracurricular that not only developed the CEC into an organization that has made real change on campus but ultimately put the wheels in motion to have an Office of Sustainability on campus. Kester advocated effectively for UT’s first sustainability coordinator, a staff position that she held for three years after graduating.

Kester left Austin in 2007 and—after completing an MA in Engineering for Sustainable Development from the University of Cambridge (2008) and an MBA from University of California at Berkeley (2012)— is now a corporate sustainability consultant who focuses on climate change, water, and other environmental issues.

“I’ve been doing the same thing that I was doing at UT: helping large organizations take further steps in their sustainability journey,” says Kester. “But now that I am working with Fortune 500 companies, I can have a much larger impact.”

What drove you to start the CEC?

During my first few years at UT, I was amazed at how many environmental organizations popped up and disappeared, and then popped up and disappeared again.  I was really frustrated by the amount of turn-over because there wasn’t enough continuity to make significant change.  So, I focused on institutionalization. Institutionalization is kind of a boring word, but making sure that your organization exists from year to year, has a history to build on, and is increasing leadership in its members is essential for change.

How did you make the CEC integral to UT?

At first, we wanted to demonstrate being a good partner to the university so that they would work with us on our priorities, like recycling, green building, and sustainability leadership. Sometimes we worked on projects that were more important to the university than to students, like cleaning up litter. Budget cuts at the time meant that UT had fewer staff for picking up litter, so we built a relationship with the administration through our ‘obliterate our litter rate’ campaign. This is what it takes to be a partner – listening to each other and offering what each other needs.  That is how the relationship moves forward.

What issues were part of the initial environmental push?

Recycling was one of the first issues we worked on.  At the time, UT was only recycling paper and cardboard, and students wanted to see the university expand to plastic, aluminum, and glass.  Because the university was facing real budget challenges and because recycling was not lucrative enough to pay for the program, we worked with the university to understand the challenges, educate fellow students, label and arrange bins, and ultimately develop our own aluminum and plastic recycling program.  We understood that this was a longer term issue, and we needed to be the agents of change over time.

What challenges did you face by starting the CEC?

The major challenge in starting the CEC was matching leadership skills to the problem. We had no idea what we could do and what would stick, but, as we grew and had more leadership training and experience, our capacity to do projects grew. We established an environmental internship program with the Environmental Science Institute and other units on campus to pay students to work on environmental projects.  In addition, funding is essential to making change over time, so CEC leaders looked for sources of funding that were not reliant on the university. This is how we started Trash to Treasure: not only would we reduce waste, but we would also raise money to support environmental internships and innovative student-led projects. Trash to Treasure was also symptomatic of how rapidly we grew. This was a big project that involved hundreds of students, driving trucks, renting storage spaces, and filling the basketball court with donated goods.

The other challenge was the extent to which offices and staff were interested in engaging in sustainability.  We took the ‘scatter the seeds and see where they grow’ approach.  We reached out to everyone who could be engaged. We worked with UT staff who were excited to address sustainability issues and didn’t worry about the others because, as we developed success stories, we could say, ‘Hey, we did this cool program…now can we work with you?’ And so, we were able to expand the number of people working in sustainability on campus.

Besides Trash to Treasure, what other initial projects were important to you?

What do you think of the CEC now?

It is amazing to see something last so long. I started this organization, I love it still.