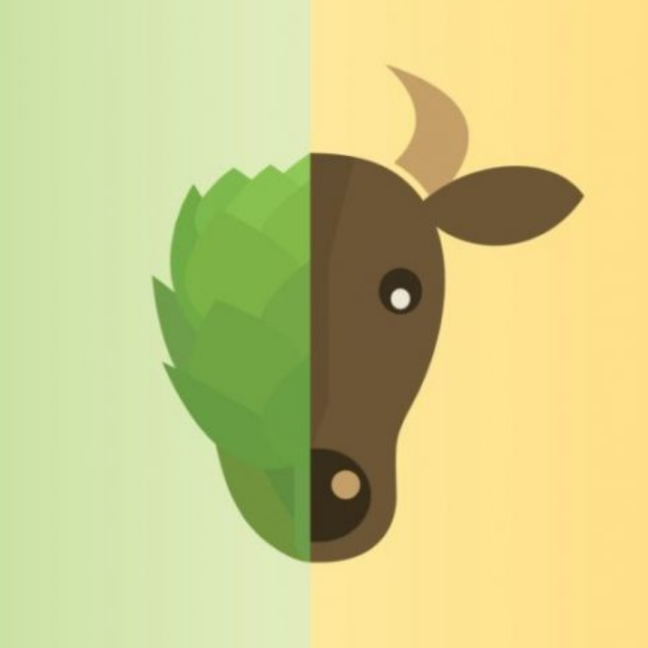 Hello all! Hope you all are doing well and eating well while self-isolating at home. As someone who is vegetarian for sustainability purposes, it has been interesting to see my family experiment with Impossible Meat, lentils and tofu in an attempt to cater to my culinary choices. The family favorite (which is actually just my favorite as I did not consult anyone else on their opinion) is my dad’s Impossible Beef Lasagna.

I wanted to do a post that examined the importance of dietary choices in regard to the sustainability movement. Most know the common ways to reduce your carbon footprint, such as reducing meat consumption, but we also must be aware of the impact that popular substitutes have on the environment. Before becoming vegetarian, I knew that reducing meat and dairy consumption is the best way to decrease your carbon footprint — even more than cutting out driving! Livestock production uses 83% of the world’s arable land and contributes 60% of the greenhouse gases released by agricultural practices. It takes 369.81 m2 of land to raise a kilogram of lamb and 326.21 m2 for beef. It is easy to see how much less land alternative sources of protein take up when you compare their usage numbers— 3.52 m2 for tofu, 6.27 m2 for eggs and 12.96 m2 for nuts. Some of this land is deforested, increasing the environmental impact as carbon is released into the air and natural biomes are disturbed. Because of the deforestation process, beef produced on deforested land contributes 12x the amount of greenhouse gas to the atmosphere than other beef. The digestive processes of cows and sheeps rely on methane-producing bacteria, further contributing to greenhouse gas release. While chicken and pork have lower carbon footprints than lamb and beef, they are not as environmentally friendly as most plant protein options. It also takes much more water to produce the same amount of calories in the form of meat than for plant-based foods.

It isn’t just meat we need to cut back on. The seafood industry is a major contributor to greenhouse gas emissions with the fuel used in open-ocean fishing adding around 130 million tons of CO2 to the atmosphere per year. Overfishing of certain types of seafood is putting their populations on the path to extinction and harming the equilibrium of these species’ natural habitats. However, some seafood does have a lower carbon footprint than chicken or pork, the more sustainable meat choices. Wild fish like anchovies, sardines, herring, tuna, pollock, cod, haddock, depending on how they were captured, are more environmentally friendly than other popular fish choices such as salmon or bluefin tuna. Mollusks (clams, oysters, scallops, mussels) are good sources of protein, minerals and healthy fats. They also “clean” the water by filter feeding, preventing algal blooms, removing nitrogen and sequestering carbon. As long as we consume these wild fish and mollusk populations at a sustainable rate, they will serve as beneficial contributors to both the environment and our diets.

It should be said that not all plant-based foods are great for the environment either. Demand for palm oil, a major product used in the food industry among others, is driving the deforestation of many woodlands, particularly in Indonesia. The Sumatran orangutan is now critically endangered due to palm oil production. Coffee, if not grown with traditional shade-growing methods, contributes to deforestation as well, because trees are removed so the crop can be grown in direct sunlight. Since insect-killing birds and bats are removed from the ecosystem alongside the trees, coffee growers have to use more pesticides, which come with their own environmental issues. Fertilizers are also applied to increase crop yields and to compensate for the loss of soil-fertilizing leaves. Similar processes are used by cocoa farmers and the growers of many other popular crops.

Lastly, I must mention soy. It isn’t the cure-all meat substitute that popular opinion promotes it to be. Due to the increased consumption of soy products (which include everything from tofu to Impossible Beef to biodiesel fuel), soybean production is the second biggest contributor to deforestation after cattle.

You can’t completely negate the carbon footprint of your diet; however, you can drastically reduce it. According to the National Resource Defense Council (NRDC), if every American reduced their beef consumption by ¼ pound a week, the effect on greenhouse gas emissions would be the same as getting rid of 4 to 6 million cars. In addition, having a Beyond Burger instead of a regular hamburger reduces your environmental impact by 90%!  So, consider switching out some of the meat you consume with plant-based foods. Choose fresh over frozen as the processing that frozen foods undergo is energy-intensive. Look for USDA certified organic products to avoid pesticides, certified palm oil products/coffee/cacao to avoid supporting deforestation and other environmentally certified foods. Basically, be mindful. You can still enjoy the foods you like, but seriously contemplate decreasing the consumption of those that have significant environmental impacts. And you don’t have to believe me, but I swear Meatless Chicken tastes like … well — chicken.

One thought on “Sustainability and diet: How dietary choices impact your carbon footprint”