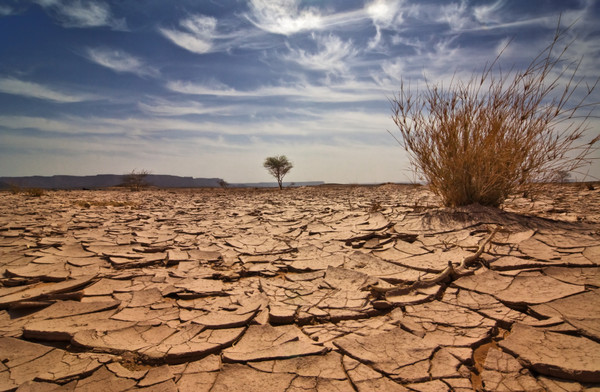 The Trump administration has taken up an ardent opposition to any regulation of the energy industry in its current form – that is, the unrelenting reliance on fossil fuel extraction and consumption. Such allegiance to resources that are quickly becoming more exhausted requires an unyielding denial of the effect of underregulated industry: climate change. Along with this position comes the recent political tragedy that is the United States’s withdrawal from the Paris Climate Accord and Green Climate Fund, agreements meant to aid in the international transition to greener economies.

The U.S. withdrawal from these international settlements represents more than just a lack of international leadership on climate change that could cause catastrophe for future generations. This action shows a blatant disregard for disasters that could occur in the near future, for which funding provided by states engaged in the Accord could offer mitigation. Extreme nationalism has shifted the United States’ attitude towards those nations most threatened by climate change from one that was previously empathetic to one that is now almost adversarial.

Sub-Saharan Africa is a gravely imperiled region that is now ignored by U.S. climate policy. Nations in Sub-Saharan Africa are particularly susceptible to disasters resulting from climate change patterns in the near future. The region exhibits a variety of risk factors for the exacerbation of scarcity woes as global temperatures rise. Due to shifting rain patterns, many areas of Sub-Saharan Africa will experience either less regular rainfall or diminished rainfall. Christina Golubski of the Brookings Institution reports that “between 90 million to 220 million people will experience increased water stress due to climate change by the year 2020” as a result of these changing rainfall patterns (Golubski). As if that problem were not already pressing enough, due to its sheer magnitude, water stress also has a collateral effect on food production. Both scarce water and increased temperatures lead to a situation where less water is retained by crops as evapotranspiration increases in the warmer climates, and less is available to replenish the lost water through irrigation. Crop failure is a likely result of such a scenario, especially since around 94% of Africa’s agriculture is rain-dependent, according to the same Brookings Institution report. In this scenario, it is likely that crop yields could decrease by more than 10% by the year 2055 across most of Sub-Saharan Africa, with much of the decline centered in Southern Africa, where rainfall could “decrease by 5%… during the main crop growing seasons”, according to a meta-analysis conducted by researchers at the University of Nairobi and the Kenyatta University School of Environmental Studies (Gachene et al. 1).

Given these tumultuous horizons, many nations in Africa have opted for adaptive policies to mitigate the effects of climate change while accommodating their rapid development and growth. But these countries will require significant international financial support to continue. Sadie Cox et al. of the National Renewable Energy Laboratory explain that among other projects, many nations have already begun implementing distributed solar power generation projects, which consist of small energy grids located in rural areas, as opposed to inefficient central grids in urban areas that waste energy in transport to rural places. Such projects could allow African nations to accommodate the rapid expansion of electrical access, while minimizing environmental stress. But they also rely upon international funding.

In total, the U.N. Development Programme notes that the costs of Africa’s adaptation to climate will likely fall between $10-30 billion a year by 2030. Before withdrawing from the $10 billion Green Climate Fund, the U.S. was by far the largest contributor, providing over $3 billion annually. Such resources were allocated to supporting development projects that would assist in Africa’s adaptation to climate change. This flow of money from the U.S., which would have represented nearly a third of the total necessary funds for adaptive development in Sub-Saharan Africa, has dried up since the prominence of nationalist ideals resurfaced and the Trump administration resumed a long-absent narrative of isolationism that has purposefully neglected any moral discussion or contemplation. These actions serve to maintain what support is left for a self-centered administration with radical political goals and little to no regard for the horrendous effects of some of the political decisions it makes on those outside of US borders. Perhaps if Trump had been born in Africa, as he claims Obama was, he would have a little more empathy.

The views and opinions expressed in articles published on this website are those of the authors and do not necessarily reflect the official policy or position of The University of Texas at Austin.

Find a home for your unwanted stuff and help Austin reach zero waste at the same time! Donate your gently-used items at convenient MoveOutATX locations around West Campus,  the weekends of July 24 and July 30. You will feel good knowing your stuff will be placed in the hands of people who could use it, rather than winding up in the landfill. Get locations and learn more: moveoutatx.org/donate #MoveOutATX 🌏♻️😃
We are hosting an end of year social next Tuesday at 6 p.m. over Zoom! Join us to decompress from finals and chat! More info in our bio
Happy Earth Day! As a celebration of Earth Day, Campus Environmental Center leaders provide insight into changes that individuals can make to lead a more sustainable lifestyle.
Happy Earth Day Everyone! 🌎🌞
Hello everyone! ♻️
In celebration of Earth Day, we are hosting an Art Contest! 🌏🌸